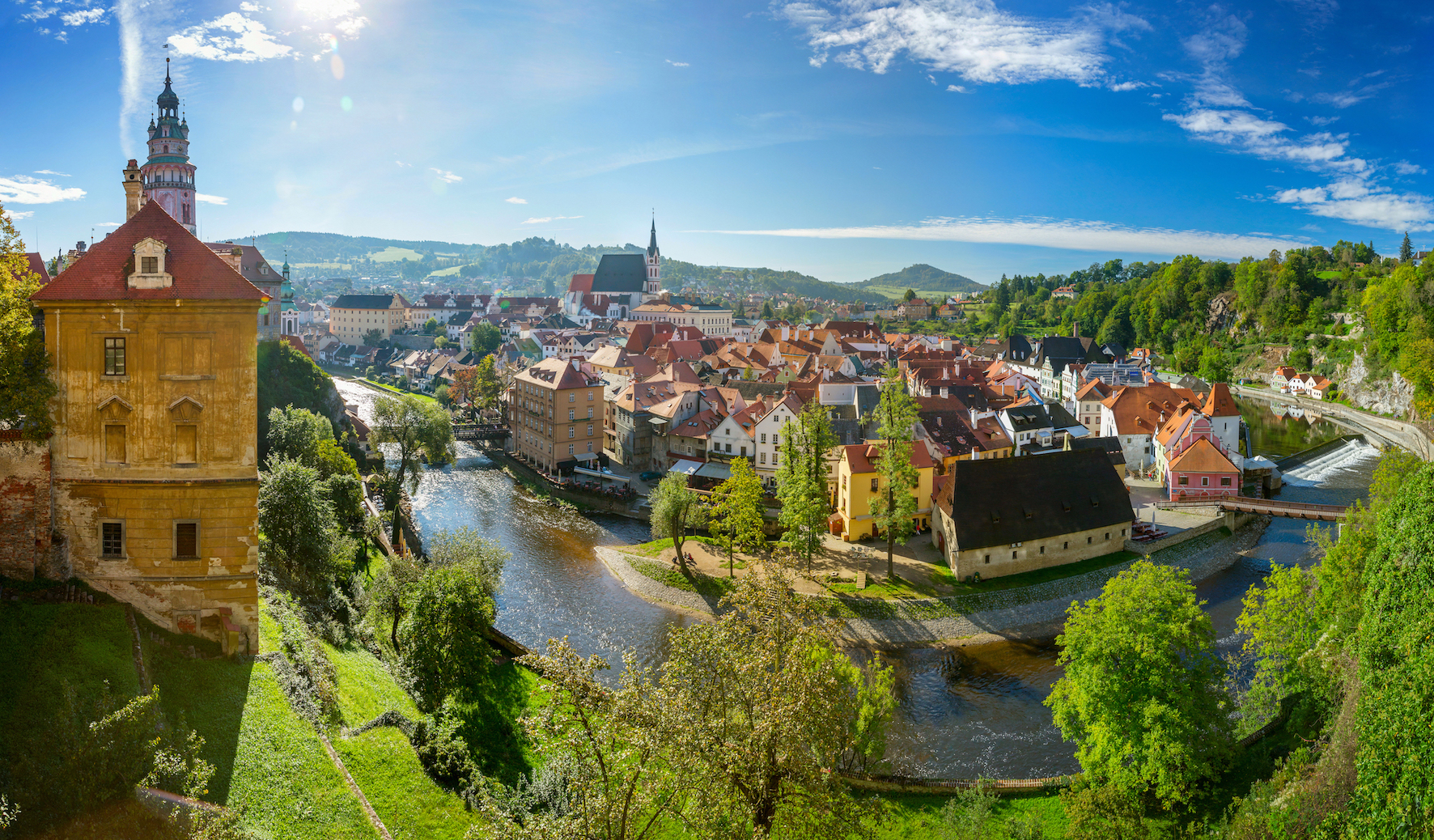 to make your stay in your stay not just a relaxing but also an adventure experience, we are delighted to present you our best tips for trips, which we love to visit.

Český Krumlov Castle is one of the most important monuments in Central Europe in terms of architectural level, cultural tradition and scale. Perhaps due to hidden position in a remote corner of South Bohemia. Its building development has been preserved with the original layout, material structure, interior installation and architectural details from the 14th to the 19th century🕌

The castle, bulit by the Vítkovec family and rebuilt in the Renaissance style under the Rožmberks extends along a rocky promontory above a meander of the Vltava river and consists of 41 separate palaces and outbuildings, and a 12-hectare ornamental castle garden

We would like to recommend you to visit Zámecká Garden, where you can find Revolving theatre. Eighty plays as an average are performed here each year from June to September, attended by about 55,000 domestic and foreign spectators.

Castle Garden offers are truly magical places. Our favorite place is the Chateau Pond, which is also covered with beautiful water lilies in the summer🌺 Ask our staff for a piece of bread and visit the place to feed the hungry inhabitants of the Castle Pond.

Other interesting places to visit

It is an unfinished monument built in commemoration of the victory of the united army of Russia, Austria and Prussia over Napoleon Bonaparte in the battle of Leipzig in 1813.

One of the oldest preserved views in Český Krumlov. The paraple is nicknamed this place because this wooden building evokes women's paraple.

Baroque pilgrimage area is memorable spiritual, historical and cultural place with surprising charm and strong energy, with romantic surroundings and the most beautiful view of Český Krumlov and Šumava. Before visiting this place, we recommend that you check the internet for opening hours, which change during the season.

The globally unique semi-precious stones appeared 15 million years ago during the impact of an enormous meteorite on the territory of what is today Bavaria, from where the catastrophic explosion disbursed them up to a distance of 400 km. In Southern Bohemia, the ancients found pieces of green glass in the fields, but their origin remained a mystery for a long time.

The museum exposition is created as an interactive game that will guide you through the whole story - from collisions of planets and asteroids to large extinctions of animals to the formation of moldavites.

Visit the first museum of its kind in the Czech Republic. Unlike other ordinary museums, you will find no restriction about touching the exhibits – you will become one part of them. All our paintings are created with the help of a 3D effect, which carries you in a moment to places or situations you will find nowhere else. Take a picture on a run from a predacious shark and believe that these pictures will create a memory for your whole life. And you can show them on your social network as well

Come and see the mirror maze, which is one of the largest in Europe. This unique mirror hall contains 90 mirrors, followed by a smaller, unusual crystal maze made of clear glasses.

Nearly 100 displays and dozens of historical engravings are contained in an area covering 400 square meters. The mystical atmosphere of the cellar is enhanced by wax figures in an authentic enviroment, sound effects, and even two special audio-visual effects (witch-burning and sword execution) which intensify this already-unoque experience.

Visitors to the museum can step into history throughout an area over 600 m 2 large. The cellars offer a chance to admire the art of Medieval craftsmen, breathe the atmosphere of an alchemist's kitchen and an old tavern, and visit the courts and advisors of the Bohe-mian Kings and Emperors such as Charles IV, Rudolf II, and Franz Josef. The entire exhibition is complemented by interesting light and sound effects.

Tip for a family trip

Treetop Walkway Lipno, unique in the whole country and first walkway of its kind in Czech Republic, welcomed its first visitor on 10th of July 2012.

Educational and didactic elements that will enrich and broaden knowledge in the areas of nature, its protection and function of the forest are part of the Walkway. Not only for our small visitors, but also for those, who stayed young and haven’t lost their taste for adventure, there are three adventurous stations with rope elements located at the height of 24 meters.